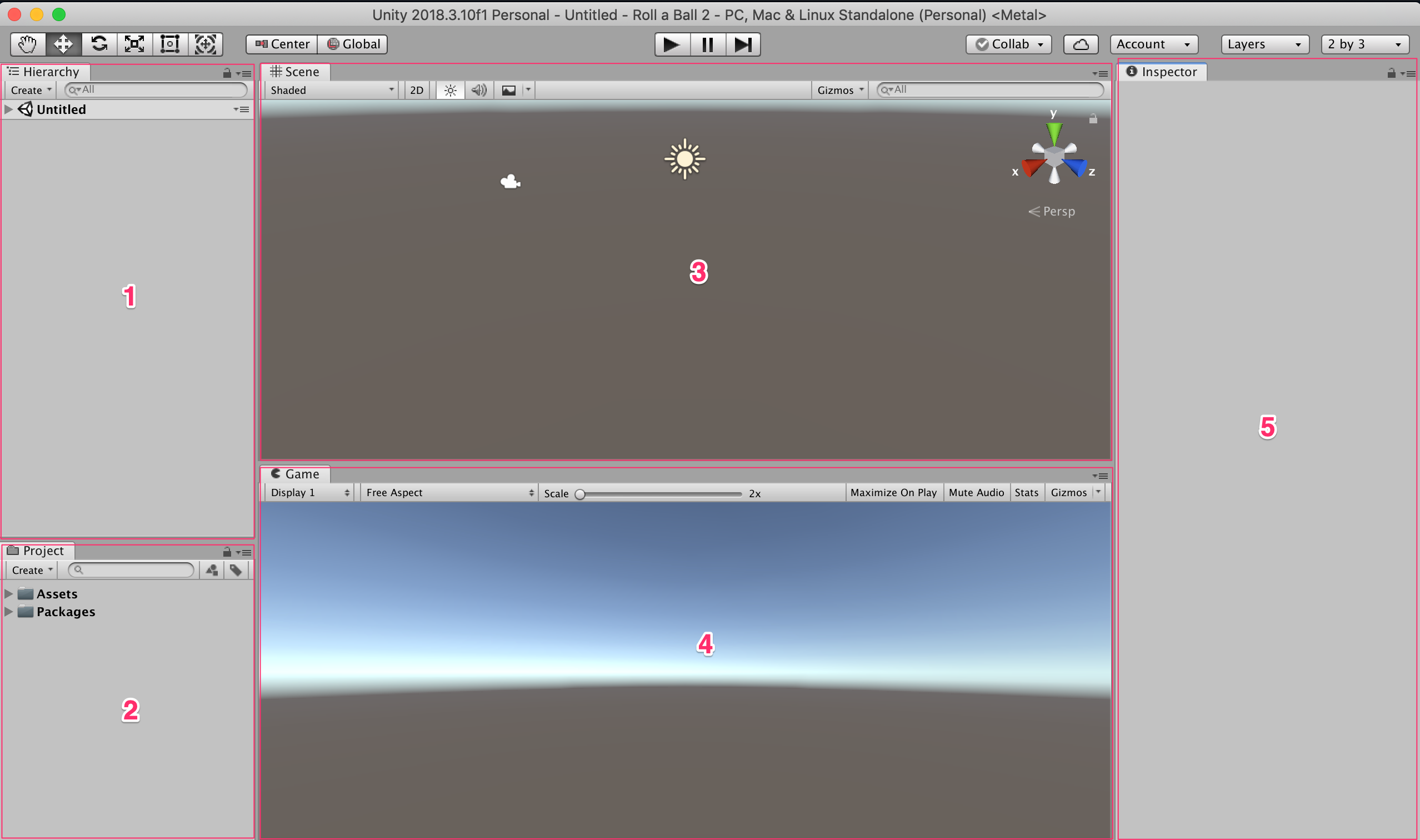 The Unity user interface is composed of 5 main important windows :

The hierarchy window displays the gameobjects that are currently in the scene.

The project window is used to manage assets saved on the hard drive. These assets can include scripts, textures, 3d models, audio clips, scenes and many other file types.

This is the window used to assemble the game. Objects are added from the project window or native Unity gameobjects are create and added to the scene view. The default Unity 3D project will include a Camera and Directional Light in the game.

The game is used to play testing the game during development. Click the Play button in the toolbar to start playing the game.

By default, every gameobject have a Transform property in the Inspector window.

The Unity Toolbar contains the following : - A set of buttons to move, rotate and scale the game objects - Play and pause the game - Access to unity services, changing the different layouts of the editor

Settings to control which input and keys are used can be changed by accessing Edit -> Project Settings -> Input.